To Close or Not to Close…That is the Question. 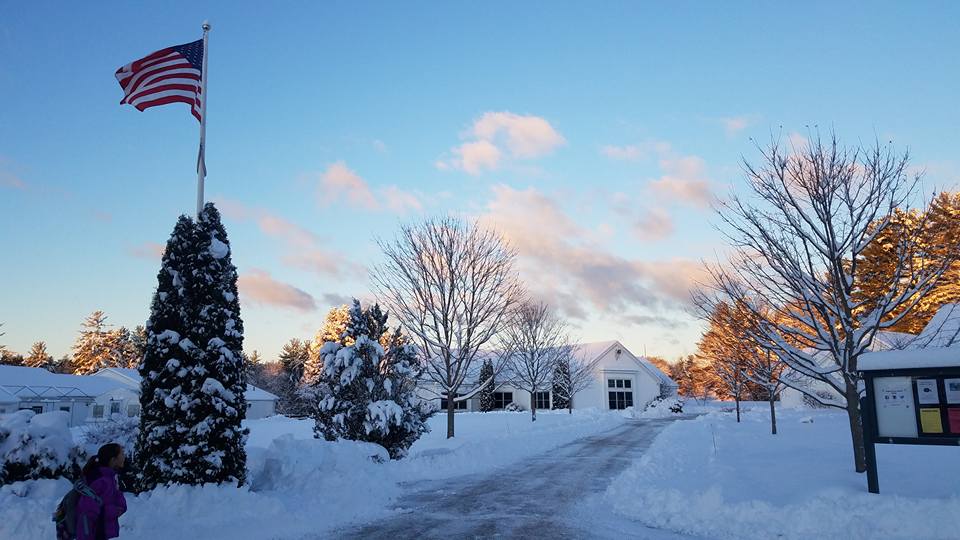 With whipping winds and quickly accumulating snow, several intrepid students arrived at school on Tuesday. Despite the hype, most weather forecasts were accurate. Nearly all schools closed for the day, save one.

Shaker Road School has a long history of not closing on snowy days. This practice began when the school only cared for pre-kindergarten children as a “day care.” Most parents had to go to work regardless the weather, thus closing school meant forcing parents to abruptly change plans and take time off from work to care for their children. As many of the teachers lived nearby, opening the school was not a problem. If attendance was sparse, at least those who arrived had care.

Until 2015, the only times SRS closed its doors were the result of power failures. This has only occurred a few times in 36 years. So why the two snow days in the last three years?

Two years ago, a state of emergency was declared as a reportedly apocalyptic blizzard barreled toward NH. The forecasts agreed that the storm would be record breaking. We were surprised by a state of emergency for snow, but erred on the side of caution and closed, but as my afternoon shopping trip to Target indicated, it was more hype than hurt. As often happens, the storm took a turn, and we were spared the worst. This year, our second snow day was much the same. We want to be safe, but we don’t want students to miss school…so what do we do?

As tricky as it is to forecast a Nor’Easter, it’s also difficult to know when to close. The decision yesterday to end classes at 12:30 PM worked. Roads were getting bad, winds increasing, and snow piling quickly on all surfaces. Those students who came to school attended shortened classes. Those who stayed home completed work teachers provided ahead of time or posted online.

We never want to risk the safety of our students, parents, or teachers. People’s tolerance for driving in inclement weather varies, so we work hard to provide quality assignments for students to complete if families don’t feel safe traveling. We also recognize that many people must go to work, so we try to be here for them too. Only Mother Nature knows when the next snowpocalypse will strike New Hampshire, but we will watch the forecasts closely and do our best to be ready. Until then, enjoy the last few days of this white weather!