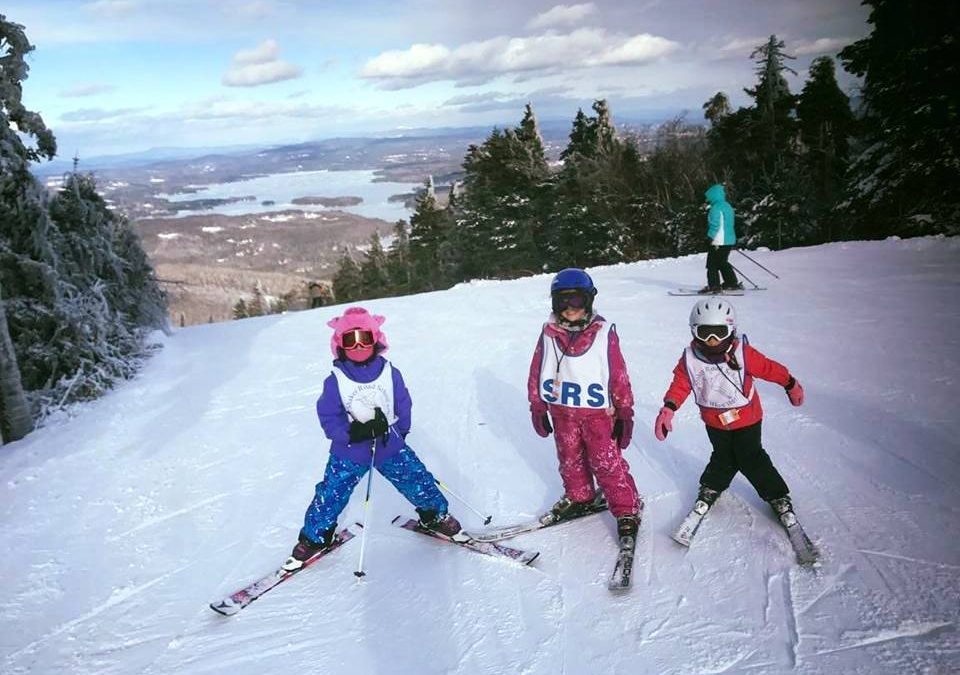 The new year at SRS officially kicks off our ski and snowboard season. The last few years, we have not been blessed with much snow, so we “made do” with the icy slopes at Mount Sunapee and Loon Mountain. But, this year looks different, so let the fun – and the lessons – begin!

As students dust off their skis and snowboards for classic New England winter sports, some may question why we take off five days of school to hit the slopes. Weather hardened New Hampshire-ites understand that the mountains are calling and we must go (apologies to John Muir).

Alpine sports teach us many lessons that we cannot experience in a classroom. New Hampshire and SRS tradition states that we brave the elements, learn the difference between frost nip and frost bite, experience a yard sale on a Tuesday in January, and truly understand the healing power of hot cocoa.

This year, a new crop of Kindergarten and First Grade students will strap on skis for the first time. They will struggle, fall, and maybe even cry a little bit. Their teachers and parent chaperones will be there to encourage them as they physically and metaphorically pick themselves up from the frozen ground. Eventually, they will pizza themselves down the slope and understand that struggle makes success more satisfying.

Some brave Elementary and Middle School students will take up snowboarding. This wholly unnatural combination of skiing, skateboarding, and surfing may be “totally rad,” but it’s also immensely frustrating and difficult – and better left to the young. I began skiing in pre-kindergarten and started snowboarding at age 30. I wanted to show students that I wasn’t afraid to struggle, fall, cry, and eventually, with the help of 10 year olds, get back up. It was TOUGH!

I admire those students who trade in two boards for one, leave their well-tuned skiing skills and friends behind to turn sideways and lock themselves into beginning anew on snowboards. After a few weeks, most new snowboarders either excel or quit, but just like those Kindergarteners who start skiing for the first time, those newbie snowboarders try something new, take huge risks, and embrace the season.

At SRS, we learn many lessons during the first few weeks of January that we couldn’t learn in the classroom, and we embrace a season that can be far too long without fresh air, physical activity, friends, and fun. I hope to see many of you on the slopes, trying something new and embracing both the New Hampshire and SRS life.