Teaching Music During a Pandemic

The SRS music program has looked a bit different this year, but our students are still learning and making music!

Individual music lessons have been in full-swing since the fall. We have five teachers providing lessons—two in person (Scott Solsky and myself) and three remotely (Mike Effenberger, Eric Klaxton, and Mike Walsh). Collectively, we teach over 50 lessons weekly! When students and teachers occupy the same space, they stay distanced in a large room (or outside, weather permitting) and wear masks. Our wind instrument players wear special masks that filter the air coming out of their mouths while still allowing them to play. 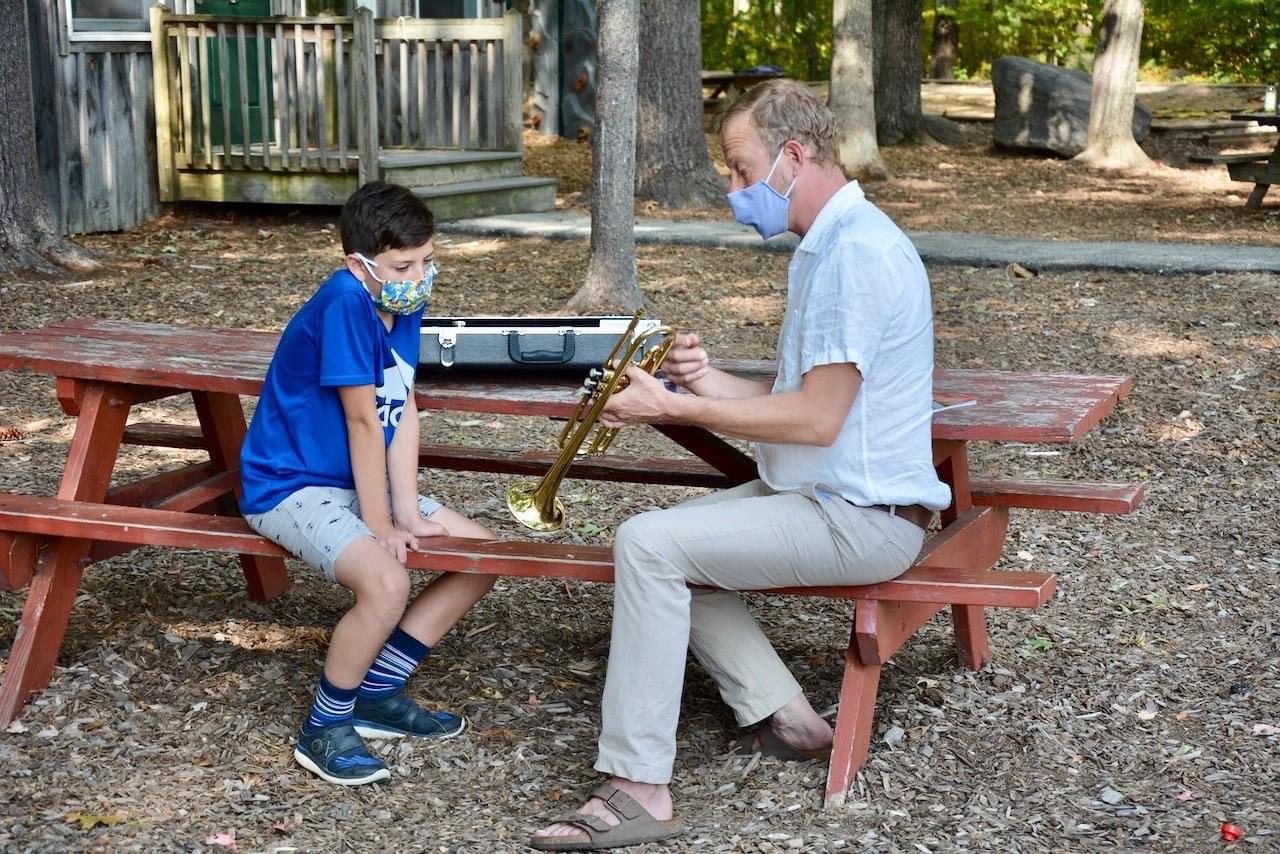 This year, family bands are composed of two to five students from the same SRS family. This means a greater number of smaller bands with a unique combination of instruments. Music is arranged by Mr. Solsky and me to match the students’ instrumentation. We plan to share some of their performances with you in the near future! 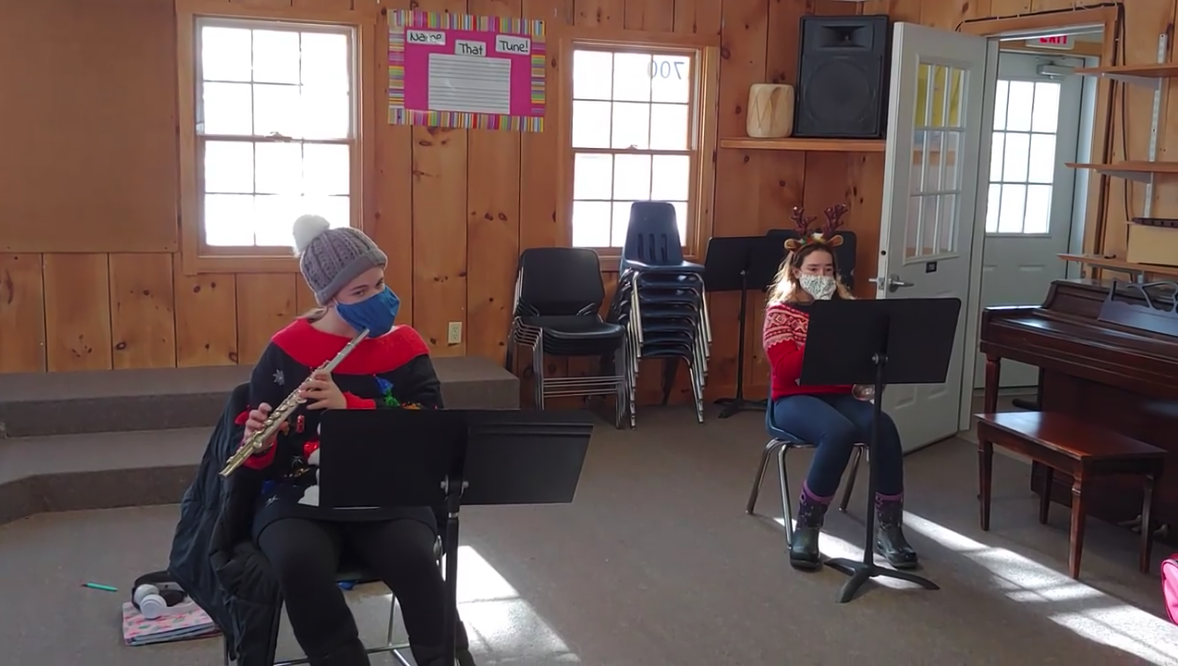 Music is still an integral part of the curriculum for our Kindergarten through Eighth Grade students. While there is no singing this year, our K-2 students have personal instrument kits that they use in class almost every week. These kits include rhythm sticks, egg shakers, and ribbons for dancing. There’s definitely been more rhythm and dancing this year!

In lieu of playing recorders, Third Grade students built their own instruments called palm pipes out of PVC pipes. Music is made by hitting the pipes in the palms of the hand, with each pipe length making a different pitch. We were able to play most of the same recorder songs on the palm pipes! We also wrote a class song using the palm pipes. Fourth through Eighth Grade students are using their computers a lot more to make music this year. We use Noteflight to compose music and Soundtrap to mix music. 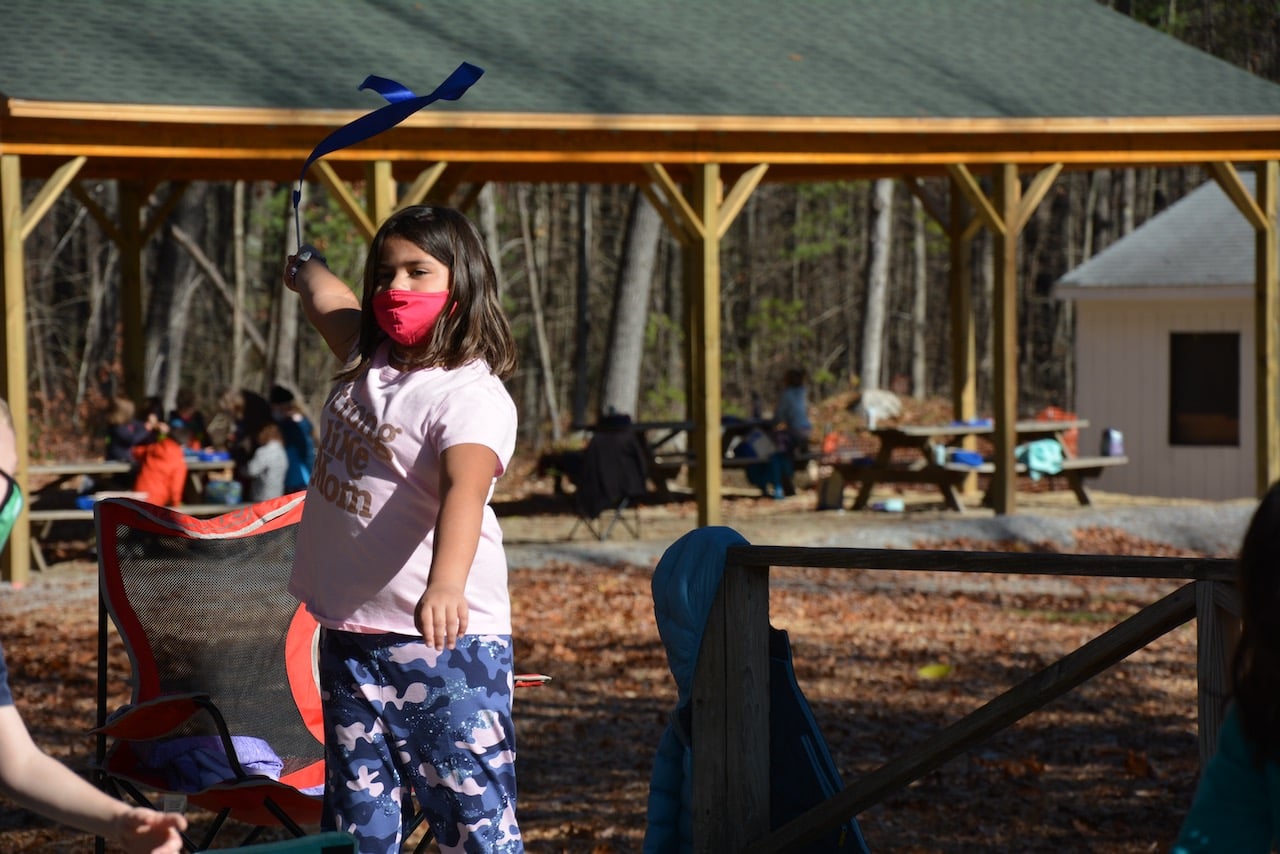 Our spring recital features 35 students (an impressive percentage!). Students recorded their pieces either at school during their lessons or at home with the help of parents. Check out the spring recital using the link below! 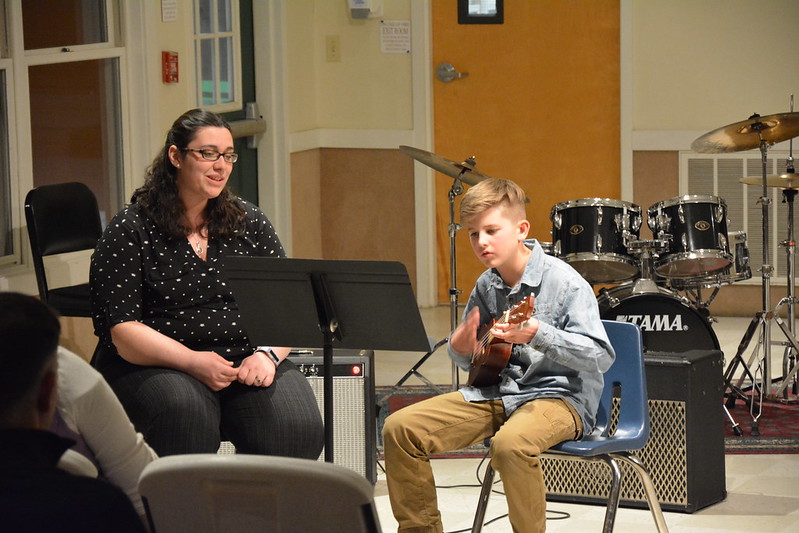 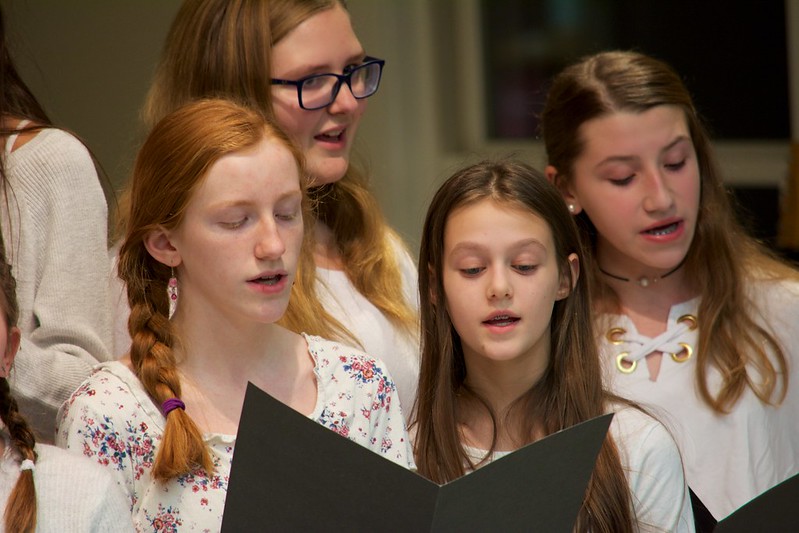 We have missed several of our traditional music experiences this school year including live concert band and jazz/rock performances, chorus, singing, Spring Fling, and Friday sing-alongs with our Infant through Pre-K students. We are confident that these experiences will be back! Despite the changes we’ve had to make this year, we are thankful that music is still a big part of the SRS experience! 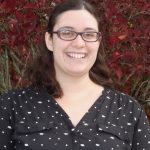