Never be afraid to try something new 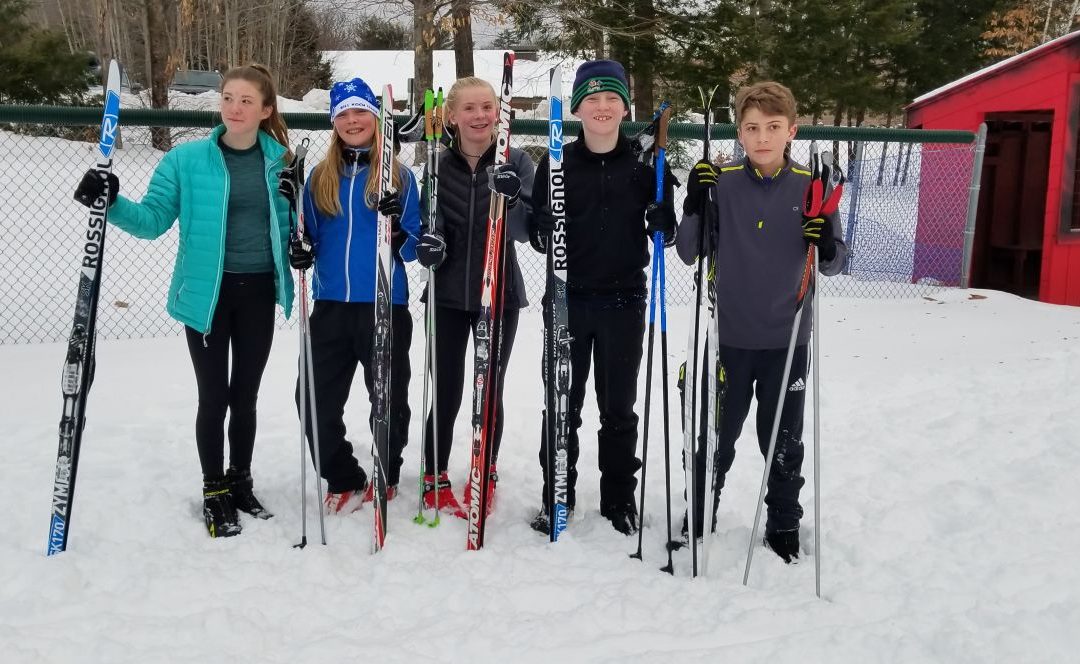 This winter, a small group of intrepid middle school students joined Shaker’s revamped competitive Nordic ski team. Many of these students had never cross-country skied before, and most had never raced. For those unfamiliar with the sport, it isn’t easy. Combine the cardiovascular challenge of middle distance running with performance skis, snow, ice, steep climbs and descents, and frigid temperatures. The sport is not for the faint of heart. In a 2016 article in Outside Magazine (outsideonline), Dan Roe compiled a list of the “toughest outdoor sports.”

Nordic skiing is almost unparalleled when it comes to required fitness. Traveling quickly, often uphill, using both your arms and legs, makes it a true full-body workout. In fact, the highest VO2 max ever recorded was in the lungs of Norwegian Nordic skier Bjorn Daehlie. “I truly believe that Nordic skiing is one of the most difficult sports in the world,” says Sophie Caldwell, 2014 U.S. Olympian in the freestyle sprint. “It requires so much strength and endurance from your entire body.”

The students joining our Nordic team faced many uphill challenges from day one. First, we spent most of the season without adequate snow. The first month consisted of building endurance running up the golf-course hills and strength training in the fitness center, but this did not help teach or allow for practicing crucial techniques necessary for races. Second, skiers needed to learn how to wax skis. Yes, Nordic skis require wax, and the type of wax varies by temperature, humidity, and the age of the snow. Die-hard Nordic skiers become nearly obsessive about waxing. Our skiers were just learning. Third, our first race was a skate race. Nordic skiing consists of two disciplines. Most recreational skiers ski in the classic style. Skate skiing requires slightly different skis and a vastly different technique. Our skiers had some experience with classic skiing and virtually none with skating. Unfortunately, we did not have many opportunities to practice skating before our first race. Finally, other schools have been at this far longer. They have the knowledge, experience, and gear we are just learning we need. Our fifth and sixth graders will be all set next year, but for our eighth graders, they bravely entered this game years after their competitors.

As our skiers lined up for their first race with those from other schools and ski clubs, they somewhat resembled The Bad News Bears. We borrowed bibs from another school and had no race suits. We did not have portable wax tables or fancy ski trailers, yet we proudly went for it. We came in dead last. Accomplished athletes in other sports, our skiers crossed the finish line shocked by how hard the race was. “There are no flat spots on this trail,” commented one skier. It’s true; except for the “stadium” areas, most competitive Nordic race courses are quite hilly. Not only must the skiers climb steep hills as quickly as possible, they must also descend the same hills without metal edges or their heels attached to their skis. Wipeouts are common, and we had our share.

Our skiers took their first race in stride. They learned quickly how difficult racing would be and that their success in other sports would not translate to success in Nordic skiing. Though humbled, they skied on. Still without much snow, we continued to practice. At the next skate race, our skiers improved greatly. No last place finishes this time. This was the trend for the remainder of the season, particularly as we transitioned from skate to classic races. We had a few skiers join us for a race or two, and we excitedly cheered them on as they took a risk and tried something new. The core of our team consisted of four eighth graders, two sixth graders, and a fifth grader. They created a unique inter-grade bond as founders of the competitive SRS Nordic Team.

Proud would be understating how I feel for these students who joined the Nordic team and took a risk entering competitions, knowing the odds were stacked against them. What must it feel like for your first Nordic race to be at one of the largest races of its kind in the country on a brutally cold day in February? These kids have some moxie. When educators strive to encourage grit, growth mindset, and perseverance, this is what we hope to achieve. It was not an easy season for any of us, but we all took a chance and put ourselves out there. Where others would be afraid to fail, afraid of not being perfect and how that might reflect on them or their school, we experienced success through hard work, determination, and a large dose of humility. Hopefully the example these skiers set this winter encourages more students to become Nordic ski racers next year.