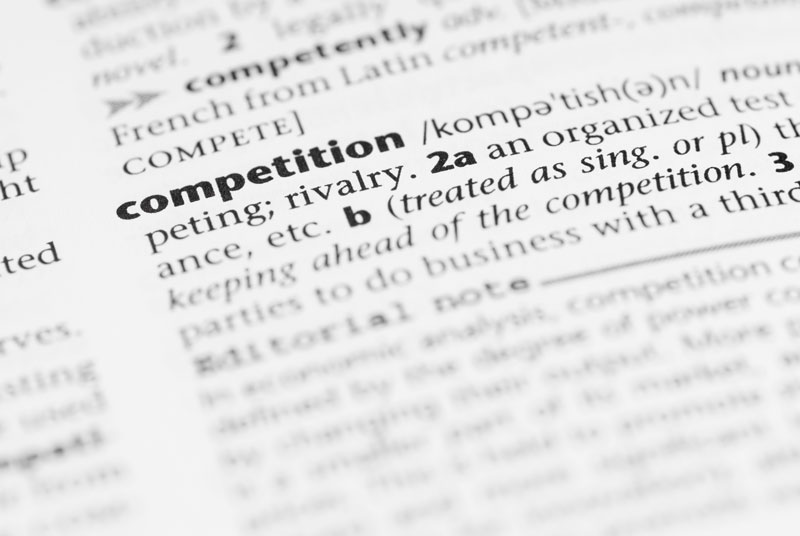 Last week, SRS crowned a new Spelling Bee Champion. After dozens of spellers competed in classroom contests and a vocabulary qualifier, a sixth grader successfully dethroned an eighth grader who had previously won the School Bee three times. With grace, the eighth-grade girl congratulated the elated sixth grade boy and wished him luck at the state competition. His peers ran to embrace him and give him high fives. As with any competition, most left disappointed, to varying extents, that they did not win, but this does not mean competition is bad. Most students were thrilled simply to improve on the previous year, win a classroom contest, or make it to the school finals. A select few, with immense spelling talents, opted out of the Bee altogether, not loving the pressure of competition.

Each year, SRS conducts several academic competitions, including the American Mathematics Competition 8, the Scripps-Howard National Spelling Bee, the National Geographic Bee, the Contoocook Valley Math League, MathCounts, and the University of Waterloo Gauss Mathematics Contest. Several SRS students have placed at the state competition in geography and one attended the National Geography Finals in Washington, D.C. SRS also has the distinction of having the only three-time qualifier to represent NH’s MathCounts team at Nationals.

Why do we enter these competitions?

One concern is always about those who don’t win. If we eliminate competitions from our school simply because some students will lose, we miss the opportunity to teach children learn about failure. Sure, it’s disappointing to prepare diligently for a competition and not win, but at some point, even the brightest and most capable students will lose. How they react to failure is a life lesson that must be learned. In fact, failure is a good thing. A significant amount of literature has been produced in the last few years supporting grit and growth mindset vs. fixed mindset. As faculty, we have spent hours discussing these principles and communicating them to students with the hope that hard work and determination will win the day, if not the competition. But, competition teaches many life lessons that help children far more than the academic knowledge gained from preparing for the competition itself.